While many progressives and liberals feign incredulity, the conservative Christian objection to same-gender sex is not difficult to understand.

It is rooted in the way Christians tend to approach moral issues generally speaking — by referring to the sources of the faith and then to the traditions that followed. Traditionally, same-gender sex has been considered a sin. Why is this? (1.) Because it has generally been assumed that Jesus was pointing us to a standard of marriage that is heterosexual, monogamous, and permanent for the lifetime of the partners. If Jesus hadn’t referred back to the Genesis story of Adam and Eve in Matthew 19:3-12, Christians might not have turned to that story for a standard of sexual behavior. But, he did and we do. The traditional marriage ceremony reflects this. “The bond and covenant of marriage was established by God in creation….” (Book of Common Prayer). It has been generally believed that marriage conforms to some purpose and plan in the mind of God. It therefore reflects the notion that there can be a meaning and structure to life to which we may aspire — something has been communicated to us about God’s plan and purpose for us. Christians see the notion of marriage as resonating with Scripture in other ways as well: “…and our Lord Jesus Christ adorned this manner of life by his presence and first miracle at a wedding in Cana of Galilee. It signifies to us the mystery of the union between Christ and his Church, and Holy Scripture commends it to be honored among all people.” (Book of Common Prayer).  Sexual behaviors outside of this standard of marriage have always been seen by Christians as being either wrong or, at least, suspicious. (2.) There are several specific condemnations of same-gender sex in the Bible. These are found both in the Old and New Testaments. Several of them appear in passages where context doesn’t seem to be a factor — isolated laws or lists of vices. While these (like anything else) could be related to specific practices of the time in which the Bible was written, (a.) they don’t seem to be, and (b.) they fit very well with notion of marriage as a paradigm for sexual behavior. And, then (3.) the early Christian tradition has often outspokenly condemned same-gender sex. (Though, we all recognize that Christian tradition is diverse and it can be wrong — and in need to correction in the light of new information.)

So, the conservative case is simple and seems air-tight. Conclusions have been drawn from all this to further elucidate what marriage is all about: “The union of husband and wife in heart, body, and mind is intended by God for their mutual joy; for the help and comfort given one another in prosperity and adversity; and, when it is God’s will, for the procreation of children and their nurture in the knowledge and love of the Lord. Therefore marriage is not to be entered into unadvisedly or lightly, but reverently, deliberately, and in accordance with the purposes for which it was instituted by God.” (Book of Common Prayer)

So, if that is the case, what’s the problem? END_OF_DOCUMENT_TOKEN_TO_BE_REPLACED

Some Quotes from the Internet 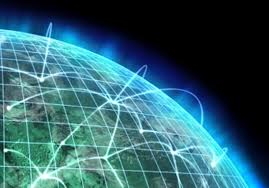 Molly Worthen: “There’s a problem with the hyper-individualization of Millennial religion. The advantage of an institution is that it forces you into conversation with people you might not agree with. It forces you to grapple with a tradition that includes hard ideas. It forces you to have, for at least part of your life, a respect for authority that inculcates the sense that you have something to learn, that you’re not reinventing the wheel, but that millennia have come before you. The structure of institutions, for all their evils, facilitates that. And we may be losing that.” Quoted by Conor Friedersdorf here: The Case Against Mix-and-Match Spirituality. END_OF_DOCUMENT_TOKEN_TO_BE_REPLACED 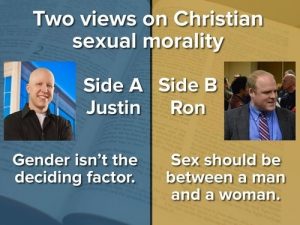 Since I’m posting lengthy videos lately, I will now add these. The presentations  below are very similar to the ones I posted previously here: Transforming the Christian Conversation on Homosexuality. These are also videos that feature Justin Lee and Ron Belgau. The previously posted videos record their presentations at Pepperdine University in 2012. The ones I am posting today are the record of their more recent presentations at Seattle Pacific University and at Pepperdine in April of this year. The content is similar but it is presented a little differently.

The presentations are different enough that many people may want to watch them all.

Transforming the Christian Conversation on Homosexuality 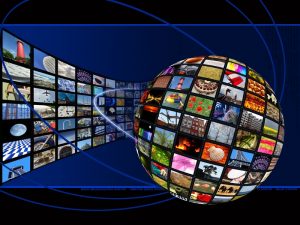 This is an item that was posted on my old blog that I am now giving a new home in the new blog.

It consists of two rather long (over an hour) videos. These come by way of Wendy VanderWall Gritter of New Directions Ministries of Canada.

So, you will need to find some time to watch these — if you didn’t watch them back when I originally posted them in April of 2012.

I say this as a person who does not often watch videos of this length on the Internet myself. Nevertheless, they are well worth your time.

The videos are about homosexuality. The speakers are both sincere, same-gender attracted Christians who have come to opposite conclusions about whether or not same-gender sex is a sin. They have also managed to maintain a long standing friendship, in spite of this disagreement. They are: Justin Lee and Ron Belgau. END_OF_DOCUMENT_TOKEN_TO_BE_REPLACED