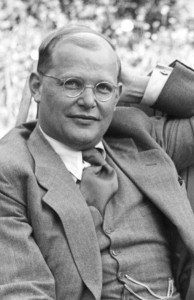 A great quote from Dietrich Bonhoeffer’s book The Cost of Discipleship:

A story can be told in more than one way. Two witnesses may see events in a significantly different way.

I think sometimes preachers, commentators, and theologians give in too easily to the temptation to get behind the story of Jesus rather than reading it for what it is . The way the story is told cues us to the meaning the gospel writers saw in the story. It is story-telling that we encounter in the Gospels, not some kind of scientific history writing. The story has a point. That’s why the gospel writers tell it.

In addition, people often too quickly attempt to harmonize and explain. And, I think the temptation is strong in this passage. END_OF_DOCUMENT_TOKEN_TO_BE_REPLACED