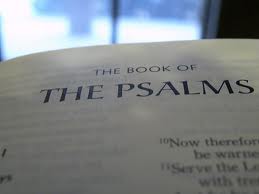 There is a progression of thought in Psalm 115 that is easy to follow. The thoughts move forward in a series of steps. Here’s how it has gone thus far:

So, now the Psalm turns from reflections on whatever misfortune has come upon them, to an affirmation of renewed hope in their God.

And there is a hinge to this turn of thought. It’s the word: בָּטַח which we translate: “trust.” The Kohlenberger/Mounce Concise Hebrew-Aramaic Dictionary of the Old Testament (2012) says this word means: “to trust, rely on, put confidence in.”

כְּמוֹהֶם יִהְיוּ עֹשֵׂיהֶם כֹּל אֲשֶׁר־בֹּטֵחַ בָּהֶם
“Those who make them are like them; so are all who trust in them.”
יִשְׂרָאֵל בְּטַח בַּיהוָה עֶזְרָם וּמָגִנָּם הוּא
“O Israel, trust in the LORD! He is their help and their shield.” 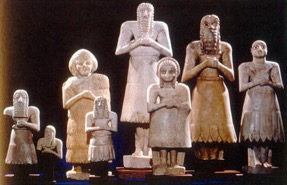 As you can see, this word appears both in verse 8 and verse 9. I have used bold type to call attention to the word. The contrast is between trusting the nations’ gods, who “are silver and gold, the work of human hands” who “have mouths, but do not speak; eyes, but do not see…” who “have ears, but do not hear; noses, but do not smell…” who “have hands, but do not feel; feet, but do not walk; they make no sound in their throats…”; and, trusting YHWH, the God of Israel who is “in the heavens…” and “does whatever he pleases.”

Who do you trust? A silent god made by human hands, or the God of the Heavens?

And, the Psalm writer’s taunt is this: “Those who make [such gods] are like them; so are all who trust in them.”

There is a profound thought here: we become like the God we trust. The loyalty we have to our “gods” — whatever or whoever we believe to be the source of ultimate meaning for life — shapes our character and values in profound ways. 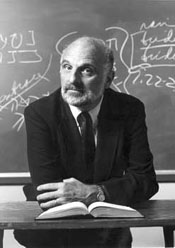 In his commentary on Jeremiah, Walter Brueggemann comments:

…one takes on the character of the god one follows…. Loyalty one has toward any god is decisive for the shaping of human life. We become like the god we serve. Pursue a bubble and become a bubble. The object of love determines the quality of love.

It matters what your ultimate source of meaning is — or if you think there is one. Maybe this is why those who do not believe in a God nonetheless so easy fall prey to believing in the power of the state. Maybe this is why atheistic regimes have such a poor record of oppressiveness.

Are you serving a god without mercy? Success and money and the good opinion of others — these are gods without mercy. They demand a lot and they give very little. These truly are “silver and gold” and “the work of human hands.”

Do we look upon God as primarily wrathful and angry — or primarily compassionate and merciful?

I know people who grew up under demanding and perfectionistic parents, and came to impute those same qualities to God. In their own mind they were serving a taskmaster who was never satisfied.

But, this is also the essence of the most common Arminian complaints about strict, deterministic TULIP Calvinism: what kind of God-image does it leave with us? This was the essence of Wesley’s objection to the doctrine of predestination in his controversial sermon “Free Grace.” 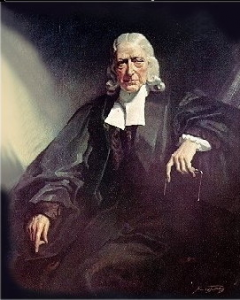 This is the blasphemy clearly contained in the horrible decree of predestination! And here I fix my foot. On this I join issue with every assertor of it. You represent God as worse than the devil; more false, more cruel, more unjust. But you say you will prove it by scripture. Hold! What will you prove by Scripture? That God is worse than the devil? It cannot be. Whatever that Scripture proves, it never proved this; whatever its true meaning be. This cannot be its true meaning. Do you ask, “What is its true meaning then?” If I say, “I know not,” you have gained nothing; for there are many scriptures the true sense whereof neither you nor I shall know till death is swallowed up in victory. But this I know, better it were to say it had no sense, than to say it had such a sense as this. It cannot mean, whatever it mean besides, that the God of truth is a liar. Let it mean what it will, it cannot mean that the Judge of all the world is unjust. No scripture can mean that God is not love, or that his mercy is not over all his works; that is, whatever it prove beside, no scripture can prove predestination.

The Wesleyan objections to Calvinism always had to do with the practical effect of deterministic, TULIP doctrine. But, I know that those in this tradition have often taken great effort to try to remove the edge from the more harsh aspects of the Calvinistic system. And, well they should: it matters what kind of God we are called upon to trust.

Nevertheless, there are within the Christian faith the resources to spiritually form us after the image of Christ. If we faithfully read and study Scripture with Christ as our interpretive key, if we open our hears to the influences of God’s grace, through prayer and fellowship and service — our lives are re-shaped in the image for which we were created. In this way, as we open our hearts to God’s Spirit, we find in our lives — sometimes to our own great surprise — the fruit of God’s Spirit: “love, joy, peace, patience, kindness, generosity, faithfulness, gentleness, and self-control.” (Galatians 5:22, 23 NRSV). “And all of us, with unveiled faces, seeing the glory of the Lord as though reflected in a mirror, are being transformed into the same image from one degree of glory to another; for this comes from the Lord, the Spirit.” (2 Corinthians 3:18 NRSV).

Lord God of Israel and of Jesus Christ,
Help us to more perfectly understand
Your character and purpose.
merciful and gracious,
slow to anger,
and abounding in steadfast love
and faithfulness.
May we reflect that character today.
Fill us with Your Holy Spirit
That Your love would fill our hearts.
As we follow in the way of Christ.
Amen.

Related articles across the web