Introduction to the Book of Colossians

I’m not sure how I first got interested in Paul’s letter to the Colossians, but it is a part of the Scriptures to which I keep returning.

When I began my Christian life as a young man, I set myself to reading the Scriptures. No one taught me how to begin. No one gave me any advice. I don’t know whether that is good or bad, since I probably would not have taken anyone’s advice anyway.

And, for some reason, Paul’s letter to the Colossians was one of the books that spoke to me and intrigued me. It still does. Part of the fascination is the strong Pauline polemic against legalism. Part of it was the polemic against “philosophy.” Part of it is the fact that Paul discusses holy living — what I had come to refer to as “Spirit-filled living” — without much of any explicit reference to the Holy Spirit. The book has a strong Christological emphasis. And, the call to holy living found in Chapter 3 is a call to “let the peace of Christ rule in your hearts….”

We owe a great deal to the controversies in the early Church! Many of Paul’s’ letters were written to address problems and mistaken teachings that arose in the churches. Because of these, we have much of our New Testament. In 1 Corinthians, various issues are dealt with one by one. In some places it seems like Paul is responding to specific questions that have been posed to him (as in 1 Corinthians 7:1 – “Now concerning the matters about which you wrote: ‘It is well for a man not to touch a woman.’). In Galatians we are confronted early on with his anger. In Colossians, things are more subtle. As we move along through the book, we become more aware of the issues that are brewing beneath the surface.

The letter is written in response to a report received from a fellow named Epaphras, who had himself founded this church. Much of what Epaphras said to Paul was encouraging (“[the hope of the Gospel] has been bearing fruit among yourselves from the day you heard it and truly comprehended the grace of God”). But, there was much that he said that caused concern. There was false teaching in the Colossian church that need to be corrected. 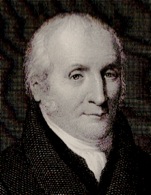 This false teaching has come to be called “The Colossian Heresy.” We know nothing of it directly. The nature of this heresy must be pieced together from the hints we have in the letter, and from knowledge of the currents of thought at the time.

Paul and Epaphras being now both prisoners in Rome, and having learned that certain seducers had been among the faithful at Colosse, associating Judaism and the Platonic philosophy with the truths of the gospel, Paul wrote to them by Tychicus, in this evangelical epistle. He here sets forth the Saviour as the very image of the Father, the reconciler of mankind to God, the head of the church, who had shed down the Holy Spirit on its members. Christ being now exalted, as the only mediator of the new covenant, he speaks pointedly against the observance of Hebrew rituals, and days; and against the worship of angels, as titular deities. He then sets before them a beautiful view of the christian life, and of relative duties, closing with the salutations of the saints.

— Joseph Sutcliffe, Commentary of the Old and New Testaments (1835).

The letter itself seems to me to fall into the following sections:

The Structure of the Letter:

Well, at any rate: this is a book of the Bible to which I frequently return. So, you can expect for me to post about it from time to time. (Along with lots of other things, of course.)