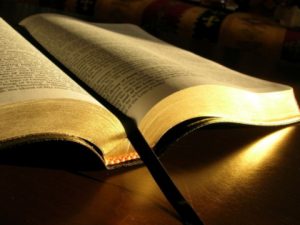 I attended a men’s Bible study a month or so ago, and the text being read was James 2:14-26. It is an interesting passage. Here we read things like this:

And I was reminded again of the vital relationship between faith and works in the teachings of the Bible. Genuine faith must eventuate in good works — in obedience to God and service to others. While I am never in a position to judge the genuineness of another person’s faith — nonetheless, faith must always make a difference.

And, this is one of the reasons I am thankful for the Wesleyan holiness tradition where my early faith was nurtured. Here are some themes that I especially appreciate in the Wesleyan perspective on faith:

1. Faith and Obedience are Vitally Related to One Another.

Particularly in the Wesleyan tradition (not to say that other Christian traditions may not also affirm this) the vital connection between faith and works (or faith and obedience) has always been emphasized.

On Monday, December 9 I posted this brief quote on the Steele’s Answers blog:

The fact that genuine faith always includes obedience is a sufficient answer to the skeptic’s objection that salvation is made to hinge upon a bare intellectual act, without reference to the character of the agent. It is just the opposite. It is an act of submission to the highest authority in the universe — an act which tends to conserve its moral order, by enthroning the moral law in universal supremacy. A singular confirmation of the truth of these remarks is found in the Greek Testament, where ἀπείθεια, unbelief, is frequently used to signify disobedience and obstinacy. The unbelief for which men are to be everlastingly condemned lies in the rebellious attitude of the will toward Jesus Christ, and not in any supposed innocent intellectual inability to believe the truth of God’s word.

This is one of the things I most appreciate about the Wesleyan approach to faith: the insistence that faith makes a difference. It changes lives. Faith does not just make a difference in our standing with God: faith, if it is genuine has moral consequences.

2. Repentance is a Necessary Preparation for Saving Faith.

But, then, early Wesleyan writers and teachers also insisted on the necessity of repentance as a preparation for saving faith. Turning from all known sin was taught to be the necessary first step toward saving faith.

In his sermon “The Lord Our Righteousness” John Wesley says:

…we must repent, before we can believe the gospel. We must be cut off from dependence upon ourselves, before we can truly depend upon Christ. We must cast away all confidence in our own righteousness, or we cannot have a true confidence in his. Till we are delivered from trusting in anything that we do, we cannot thoroughly trust in what he has done and suffered. First, we receive the sentence of death in ourselves: Then, we trust in Him that lived and died for us.

At its heart, this repentance is a change in direction. It is the modern equivalent of the Old Testament prophets’ call to “turn” (שׁוּב). So, we read in Isaiah 55:7: “…let the wicked forsake their way, and the unrighteous their thoughts; let them return (שׁוּב) to the LORD, that he may have mercy on them, and to our God, for he will abundantly pardon.”

Can the emphasis on a changed life be maintained without this emphasis on repentance? I don’t think it can. In this, I think, the fundamentalists — influenced by the teachings of Dispensationalism — have won out. For a long time the call to faith, even in the most conservative and evangelical ministries — and, I might say, especially in them — has not been preceded by any call to repentance. You will look in vain for it in the Four Spiritual Laws and in many other methods that have been used to share the faith in our day.

Let me suggest that this is one area where new thought and reflection needs to happen. How can we effectively renew the call to repentance in our day? What terminology needs to be used? Notice how Wesley speaks of it. It is a casting away of all confidence in our own righteousness. It may be repentance of sin — recognized, no doubt, very specifically. But, it may also be a repentance from our own proud religiosity. (That’s what it was for Wesley himself, as it also was for Martin Luther, and many others in the history of the church.) At its heart repentance is a radical turn from dependence on ourselves. This is the preparation for a life lived in dependance on the grace of God.

3. Saving Faith is accompanied by Assurance.

Those who were saved by faith know that they are. They are not in a doubtful relation to God. They have the witness of the Spirit to their relationship with God. 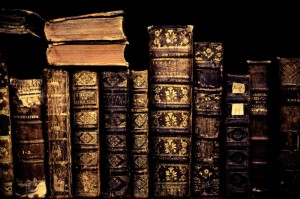 Several months ago I re-edited Bishop Mallalleiu’s book, and I was struck by the following quote:

Now, Methodism has constantly and strenuously declared that, in this experience, this threefold experience of pardon, justification, and regeneration, the one having the experience must be cognizant of the fact; and just at this point Methodism has differed with many most excellent Christian people who have claimed that it has not been within the scope of human knowledge to cognize either the fact of pardon, justification or regeneration; but the doubts and fears and uncertainty of these good people have not deterred Methodists from declaring that they know that they have passed from death unto life.

The early Methodists would have thought it both strange and dangerous for pastors and spiritual counselors to encourage a faith that had no accompanying witness. If we are living by faith we know we are. If we have a relationship with God it is natural for our spirits to cry out “Abba, Father” to God (see Romans 8:15, Galatians 4:6).

This is closely tied to the previous point: the insistence on repentance. Again, hear Wesley’s perspective:

And that no man can be justified and not know it, appears farther from the nature of the thing: For faith after repentance is ease after pain, rest after toil, light after darkness. It appears also from the immediate, as well as distant, fruits thereof.

— Minutes of Some Late Conversations between the Rev. Mr. Wesleys and Others. Conversation 1. Monday, June 25th, 1744.

Hope in God arises from a previous sense of despair in oneself and one’s own efforts. Turning away from all else, we find assurance in the knowledge of God’s love and forgiveness.

Let me refer again to Mallalleiu’s extended treatment of this theme:

4. Thus, Saving Faith is not merely Intellectual but Personal.

Only beware thou do not deceive thy own soul with regard to the nature of this faith. It is not, as some have fondly conceived, a bare assent to the truth of the Bible, of the articles of our creed, or of all that is contained in the Old and New Testament. The devils believe this, as well as I or thou! And yet they are devils still. But it is, over and above this, a sure trust in the mercy of God, through Christ Jesus. It is a confidence in a pardoning God. It is a divine evidence or conviction that ‘God was in Christ, reconciling the world to himself, not imputing to them their’ former ‘trespasses;’ and, in particular, that the Son of God hath loved me, and given himself for me; and that I, even I, am now reconciled to God by the blood of the cross.

This kind of faith influences the whole of a person’s life. It cannot fail to do so.

I am thankful to those who first set me on this Christian road, for pointing me to that kind of faith.

May such witness continue in our day.